Radium is a place full of character and offers a variety of accommodations.

At Addison’s Bungalows enjoy the privacy of staying in your own “Rocky Mountain Chalet” and let yourself be enchanted by the warmth of a crackling fire! 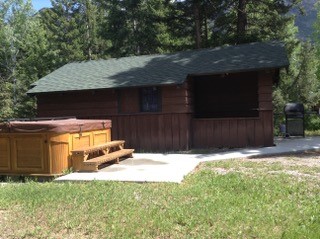 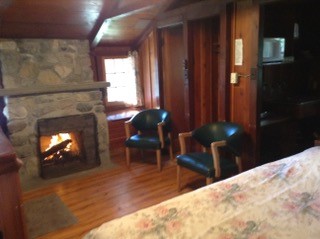 Addison’s Bungalows located near quaint community of Brisco, BC only 28 km North of the Village of Radium Hot Springs in the heart of the Columbia Valley and Canadian Rocky Mountains.

Addison’s Bungalows were originally located in Kootenay National Park across from the Radium Hot Springs on a forested 1.8 acre site amid tall 110 year old Douglas firs. The original site boasted 21 of Addison’s Bungalows and later two duplexes, a motel and office. In the fall of 2001, Parks Canada purchased eight of the cabins, these cabins were removed to create habitat for the heard of Rocky Mountain Big Horn Sheep that call the Village of Radium Hot Springs home. The Reid Family also kept eight cabins which they relocated 28 km North to a 4 acre site south of Brisco, BC.

About the Builder of Addison’s Bungalows

Addison’s Bungalows were built by Addison Scratch, a renowned builder and architect who built many of the Western Parks’ original cabins including bungalows at Jasper, Banff, Lake Louise and Miette Hot Springs.

The construction favoured by Addison Scratch was post and beam. One can see by examining the bungalows just how carefully fitted each joint is. The windows and doors were built by hand with many small panes of glass meticulously fitted into place.

Welcome to the Warm Side of the Rockies! Plan your trip and stay up-to-date with current travel information Learn More >