That Dog Was A Band Now: Arrowhead Brewing Company 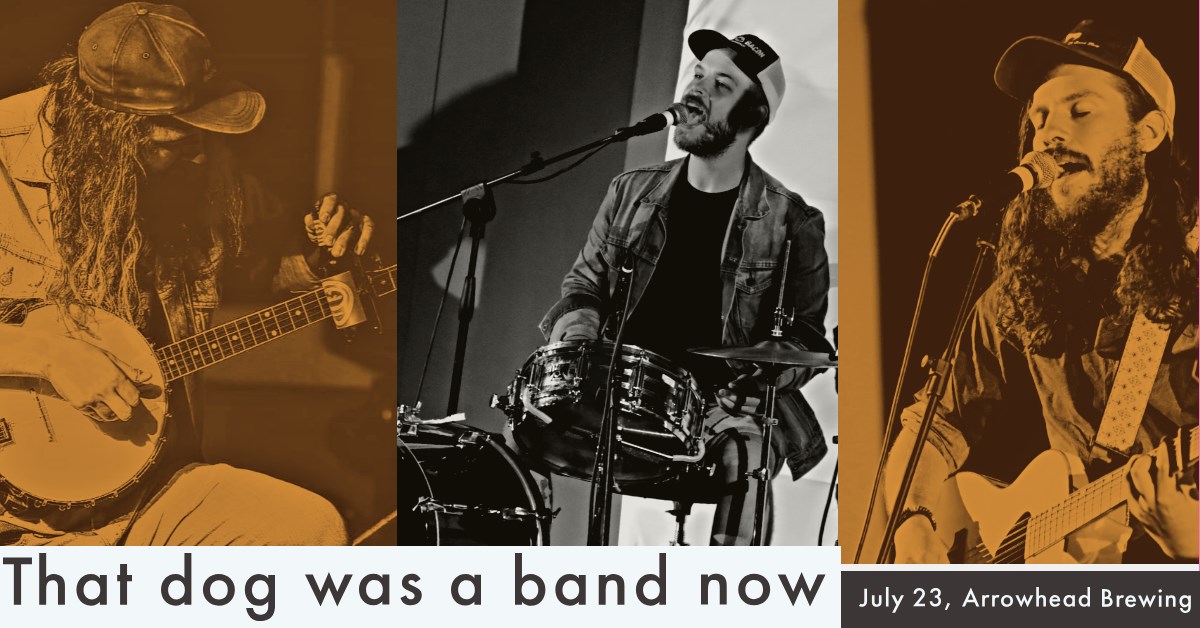 That Dog Was A Band Now is on the way to Invermere on a Western Canadian tour, ready to brew up some tasty, fresh-hopped folk tunes to Arrowhead Brewing!

That Dog Was A Band Now is a contemporary throwback to an unplugged, sincere, rebellious Americana that has been compared to everything from The Band to lots of other stuff that’s not as good as The Band.

With members from Sweden and Canada, the band formed in the Redwoods of Northern California in late 2013 and has gone on to play hundreds of shows all over North America and Europe, including an exhaustive 100-day, 70-show tour of 13 European countries in 2018.

This summer, TDWABN is touring UK and Canada in order to spread the word about “What Came and Went”– their most mature, well-crafted release yet. Recorded with their producer Eske Aller at DOK-57 in Svendborg, Denmark, the record features three renowned guest musicians from Southern Denmark’s vibrant music scene, and was mastered by their creative partner KRAMER at Noise Miami (of Pulp Fiction, Galaxie 500, Daniel Johnston, and Butthole Surfers fame).

“If anybody is credibly translating this genre’s epic wanderlust, it’s That Dog Was A Band Now”
-Florian Naumann, innen.außen.raum, Munich (DE)

“Even over headphones on a crowded commuter train, their music makes you feel like you’re in a lively gig in a friendly bar in a town you’ve never been in, but that you want never to leave.”
-Stephen Rötzsch Thomas, Folkroom Records (London, UK)

“Winners of the ‘What Does Your Band Name Mean?’ Award for the past five years”
-Bristol Live Magazine (UK)