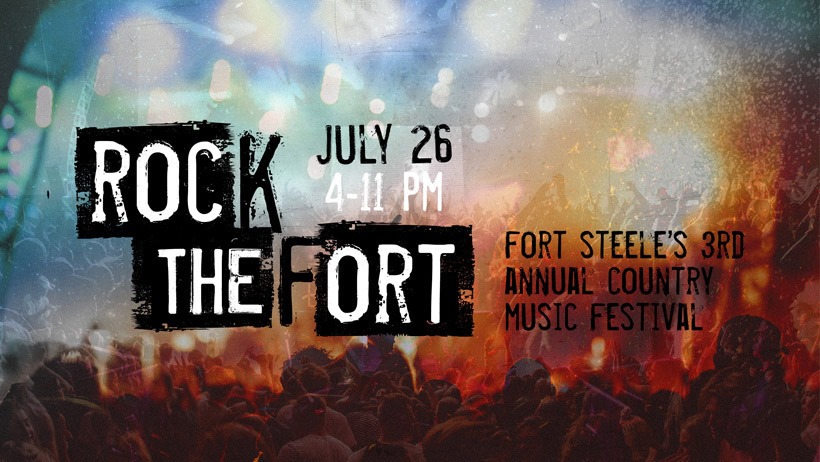 Advance tickets can be purchased at Fort Steele Visitor Reception Centre, The Choice, Denham Ford Dealership, and online at FortSteele.Store. Tickets will also be available at the gate.
—
Festival Lineup

Leaving Thomas is a contemporary pop country duo, composed of singer/songwriters Annika Odegard and Bryton Udy. Based in Calgary, Alberta the duo has been writing, performing, and recording music together since 2014. In 2018 the duo released their first self-titled album which was a #1 hit on the Country iTunes charts. They have performed at major festivals across the country and are known for their stage presence and infectious energy. Learn more about them at leavingthomas.com!

Shawn Austin is a Vancouver-based singer-songwriter who’s quickly made his mark in the Canadian country music scene. Following the success of his debut single Paradise Found (which landed him as one of the Top 10 most played Canadian Country artists on radio) Austin performed nightly as a surprise guest on Platinum-selling country star Dallas Smith’s Side Effects Tour. Since then, Austin has been performing with both Canadian and US country artists, and in 2018 he was named a semi-finalist in the SiriusXM Top of the Country competition.

Local Talent will kick off the event with an afternoon and early evening full of live music and entertainment. Stay tuned!