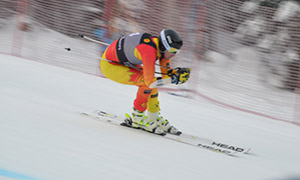 What’s at stake: At Nor-Am Cup races, Canada’s aspiring ski stars get the chance to compete at an international level. Nor-Am races allow athletes to prepare mentally and technically for World Cup racing. The season-long Nor-Am series comes to a head at the Nor-Am finals in March (February for para-alpine). In alpine, the top two overall competitors for each discipline at the end of the finals win a World Cup spot for the following season in that event