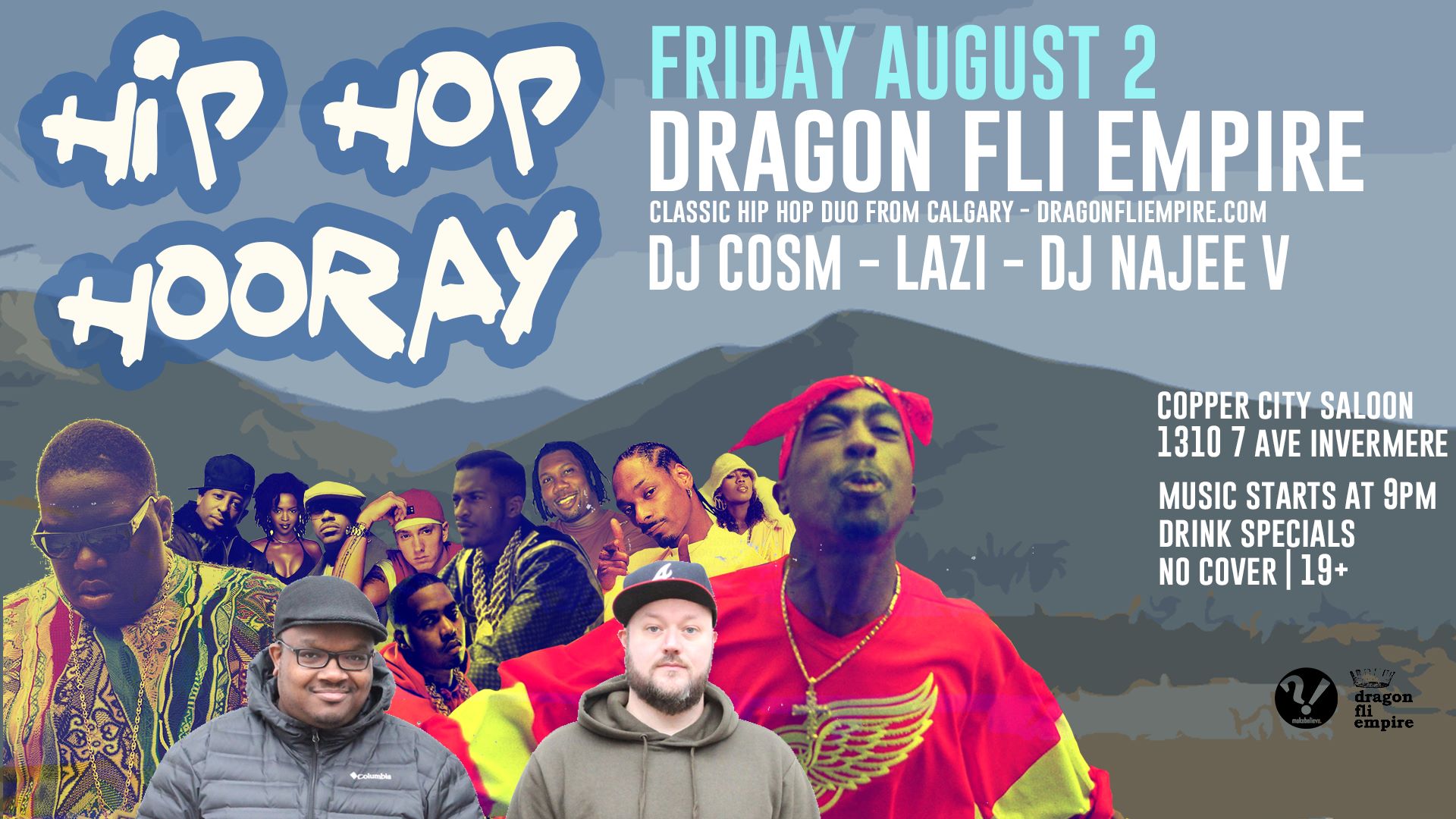 Friday August 2nd, Copper City invites you to party and dance to the sounds of Dragon Fli Empire, a Dynamic Hip Hop Duo out of Calgary. Known for their Classic Sound and Stage Presence.

DJ Najee V will be spinning tunes from early to get you started. We also Have Local upcoming artist Lazi to take the stage as well opening up for Dragon Fli Empire.

Drink Specials All night
No Cover
19+

It was a song in 2002 about a bus route that brought Calgary hip hop duo Dragon Fli Empire out of the basement and into the limelight. Now more than a decade post-“Mount Pleasant”, they have become a leading force in the city’s hip hop scene, from opening for names like De La Soul, The Roots, Public Enemy and Mos Def to performing at festivals like the Calgary Folk Fest, Sled Island, Warped Tour, Shambhala and Rock the Bells.

They were nominated for Best Hip Hop Album at the 2009 Western Canadian Music Awards and have toured through Canada, the United States, Belgium, Denmark, France, Germany, Norway and Switzerland. The DFE have released music independently as well as through labels in Canada, Japan, France and Finland. The crew most recently released a 7″ vinyl ‘Hold Down the Fort’ via Radio Krimi Records (France) in Spring 2018 that reached #2 on the CBC Radio 3 Top 30 chart.