The Village of Radium Hot Springs officially unveiled a prominent piece of art today, intended to create a memorable entryway to the town.

“We chose something that implies a sense of arrival to Radium, the Columbia Valley, and beyond,” says Clara Reinhardt, Mayor of Radium. “The roundabout is a true crossroads where you can opt to stay and play in Radium, Kootenay National Park, and the Columbia Valley or travel any other direction for natural beauty and the freedom to explore.”

“We wanted to create a piece of art that speaks to both the history and the future of bighorn sheep in Radium,” says Adam Meikle. “We captured the undeniable natural beauty of the curved horns through a Fibonacci spiral—the golden ratio in nature and art.”

At a breathtaking 20 feet tall, 40 feet wide, and 20 feet deep, the COR10 weathering steel is three dimensional and designed to be visible from all entryways to Radium. With lighting as a key component for prominence, the art will leave a lasting impression on residents and visitors alike.

The art, aptly named Bighorns, is in the centre of Radium’s recently completed $11.9 million roundabout.

“Alongside the federal government, we were happy to contribute funding to this new roundabout, which improves traffic flow and enhances safety for drivers travelling through Radium Hot Springs,” says the Honourable Rob Fleming, Minister of Transportation.

Radium Hot Springs and other communities along Highway 95 are expecting significant increases in traffic with the Kicking Horse Canyon highway closures beginning on April 12.

“We’re asking travellers to slow down and enjoy the ride,” says Reinhardt. “I encourage anyone in Radium to follow the rules and keep everyone safe.”

Radium Hot Springs and Bighorn Sheep
Radium Hot Springs is an idyllic mountain village nestled between the towering peaks of the Rocky and Purcell Mountain ranges, with the Columbia River running through the middle. It is the closest municipality to Kootenay National Park and a basecamp for adventures near and far.

The Village is home to about 800 residents, and it was recently named Canada’s Friendliest Town by Expedia.

We acknowledge the Village is on the Traditional Territory of the Ktunaxa and Secwepemc people.

The sheep in Radium—also known at the Radium-Stoddart herd—are found within the Village, on the slopes around town, and the grasslands of Redstreak Campground. It is estimated there are 140 sheep in the herd.

The rams are distinguished by their large, curled horns. The females’ horns are short and spiky. Both have a sandy-coloured coat and white rump. During the fall mating season, rams battle for dominance by crashing their horns together.

Idea 64 Projects
Idea 64 Projects is a family welding shop based in Salmon Arm, BC, owned by Chris and Jeanette Meikle. They have been involved in steel and aluminum fabrication and manufacturing since 2004.

Meikle Studios
Meikle Studios is a social art house in Salmon Arm, BC owned by Adam and Jenna Meikle, where they teach and create art every day.

Life before the art studio was spent as a Journeyman Steamfitter/Pipefitter, building natural gas power plants.

The public art
The art was a collaboration between three brothers: Adam, Christopher, and Joshua Meikle whose unique talents, backgrounds, and businesses merge perfectly to produce large-scale, beautiful public art.

Idea 64 Projects and Meikle Studios have recently taken part in creative projects and public art installations including a sculpture of the world’s largest treble clef in Salmon Arm.

The brothers remember travelling through Radium as a family when they were younger and always wanted to stop. The main reason: to see the sheep.

The large size of Bighorns, the installation, encourages people to stand back to view and take pictures.

Artwork funding and selection
The artwork was funded through the Resort Municipality Initiative (RMI) program—managed by the British Columbia Ministry of Tourism, Arts, Culture and Sport—and the Ministry of Transportation and Infrastructure (MOTI). The RMI program is intended to support small, tourism-based municipalities.

The selection process included a Request For Proposal (RFP) from the Village of Radium Hot Springs and was open to Canadian artists and architects.  The selection committee consisted of the five members of Radium’s town council.

The Roundabout Funding
The Highway 93-95 Intersection Improvement Project (roundabout) was cost-shared between British Columbia’s MOTI and the federal government. The Province contributed $7.1 million of the $11.9 million. The federal funding was through the New Building Canada Fund, Provincial-Territorial Infrastructure Component—National and Regional Projects.

Kicking Horse Canyon project road closure
The first extended closure of Highway 1 from Golden to Castle Junction (requiring motorists to use Highways 93 and 95 as an alternative route) will last approximately one month, starting April 12, 2021.  This will be immediately followed by weekday closures for an additional two weeks.  Find more project info here.

Doug Clovechok, MLA, Columbia River – Revelstoke
“I want to congratulate the Village of Radium for all the hard work that went into making the Roundabout project a reality.  Whether it is traffic created by the TransCanada Highway closures, or just folks coming to visit our incredible Valley, the Roundabout will make travel safer and flow more efficiently.  The Roundabout’s centrepiece could not have been a better choice; the Radium Bighorn Sheep’s horns will stand as a testimony to this iconic species.” 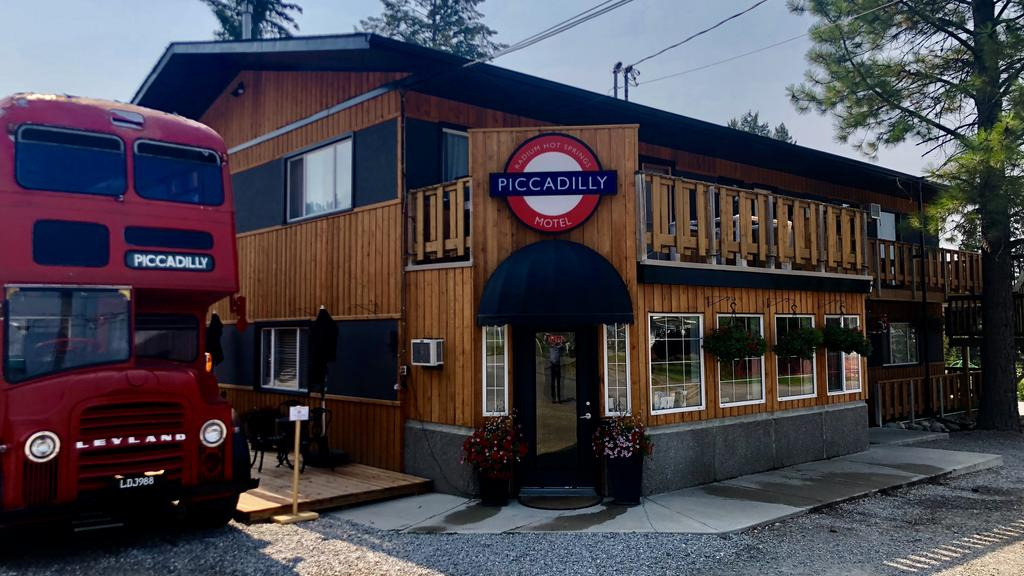 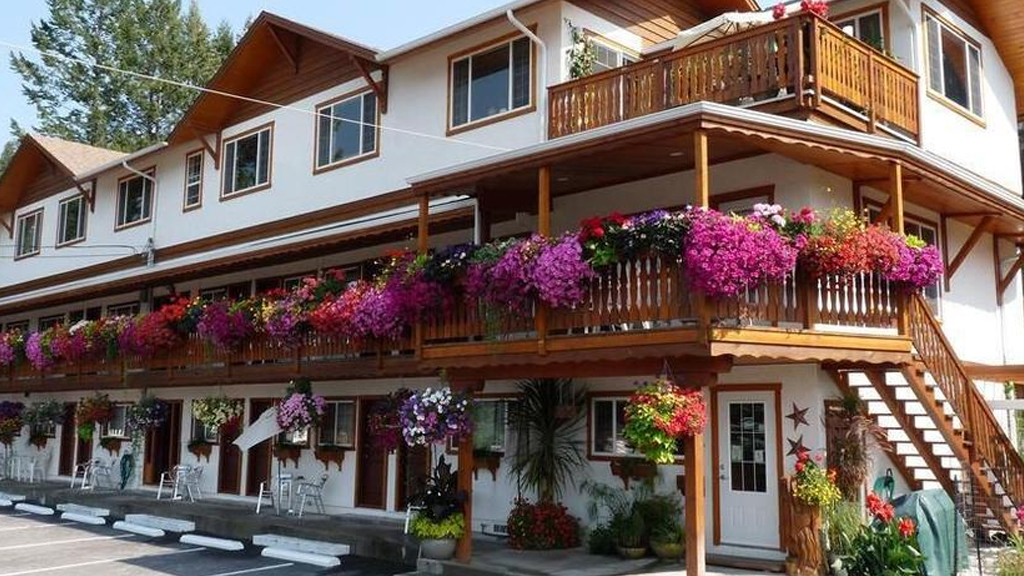 Welcome to the Warm Side of the Rockies! Plan your trip and stay up-to-date with current travel information Learn More >